Philippine officials are appealing to residents not to return to their homes in the danger zone of an erupting volcano as it continues to spew plumes of ash and lava fountains, with earthquakes regularly shaking the ground.

A total evacuation of nearly a million people  in communities near Taal Volcano that   spewed ash up to nine miles (14 kilometers) into the air Sunday prompting warnings of a possible “explosive eruption.”

As of Tuesday, almost 20,000 people from Batangas and Cavite provinces have sought shelter in 118 temporary evacuation centers set up by authorities.

The total number of evacuees is likely to be higher, with some choosing to stay with family members and relatives in other parts of the country.

Taal Volcano in the province of Batanfas,   bout 37 miles (60 kilometers) south of the capital Manila on the island of Luzon, is one of the country’s most active. Images from the scene on Monday showed streams of lava beginning to gush out the volcanic vent, the sky above still thick and dark with ash and steam.
The Philippine Institute of Volcanology and Seismology (PHIVOLCS) has raised the alert level to four, meaning an “explosive eruption” could happen in the coming hours or days. Its highest alert level is five, indicating an eruption is taking place.
The institute recorded 335 earthquakes in the area of the volcano since Sunday and said more activity is expected in the next few days. 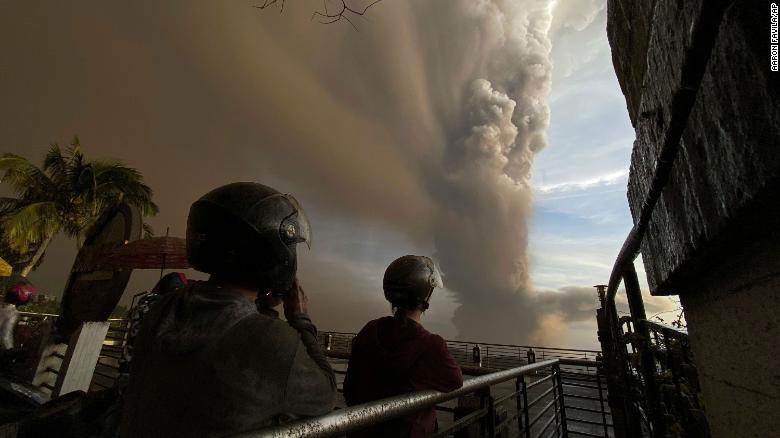 (Photos not property of CKJS 810/Credit to CNN and other News Entities)
More of this story on:
https://www.cnn.com/2020/01/12/asia/taal-volcano-eruption-philippines-trnd/index.html
Posted in All Stories, News

There are no upcoming events at this time.

Read The Blogs
See All